In case you don't know me, my name is Karen and I run Somerset Beads. I thought I would explain how my bead addiction led to the creation of Somerset Beads.  Where do I begin, well as Julie Andrews once sang...lets start at the very beginning, its a very good place to start. For quite sometime I had the feeling that there was something creative inside of me trying to get out. You have to bear in mind that although my star sign is Pisces, and if you believe in all that, I should be creative, well I'm not.  Anyway as I was saying I felt as if I could be creative, that there was something there, I just had to find a way of expressing it.

I tried knitting, the least said about the the better. Sewing, can't even sew a button on and card making which was more like mess making. Finally I came to jewellery making and beads. It was the beads that attracted me.

I didn't necessarily want to make anything with them, in fact I was happier just looking at them, playing with them, holding them.  I made a few pieces of jewellery which were not very good and I quickly ran out of ideas. But and here's the important bit I kept buying beads with absolutely no idea of what I was going to do with them. Soon I had a lot of beads, it was at this point that I started to suspect I might be a bead addict.

As my bead stash grew and my ideas of what to do with them diminished, I decided I had to try to reduce my stash. I started listing a few beads on ebay, they sold well, so I listed a few more. They sold well and it was at this point Somerset Beads was born. I discovered I could have the best of both worlds. I could have as many pretty, sparkly beads as I wanted, to look at and play with, but without the pressure of having to do something with them.

What happened about being creative I hear you ask...well that's the best bit. I now create Beady Bundles, Inspiration Packs and Bead Boxes for other people to do something I couldn't..make beautiful jewellery. Do you know what, I'm really rather good at it. There really was something creative in me, I just had to find my "thing". 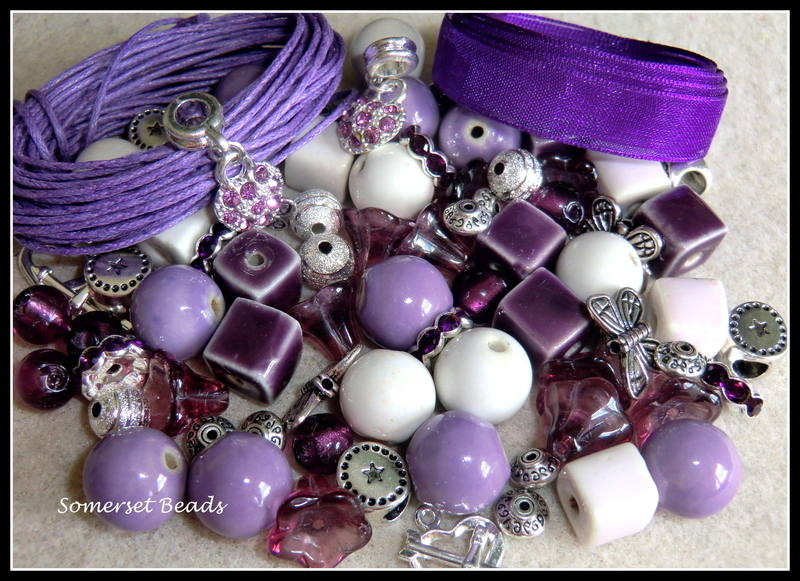